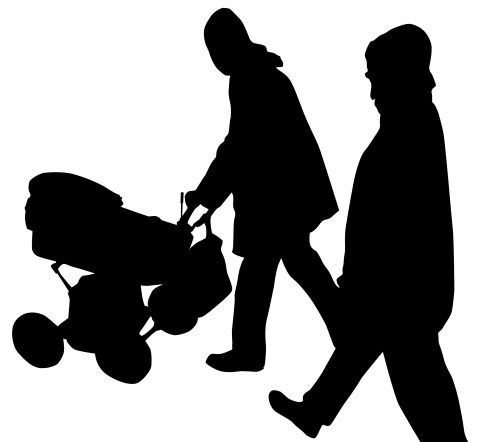 We all know that our ancestors pass their genes on to us, but what if they are also giving us something else? Evidence is mounting that we also receive an imprint of the experiences that they lived while we were nothing but a gleam in the eye.

In paper published this week in Nature Neuroscience, authors Brian Dias and Kerry Ressler, or Emory University, explore this phenomenon in mice.

They pair a particular smelly chemical with a mild foot shock in virgin adult mice, and then allow those mice to breed and procreate. Once the offspring of the original mice grow up, they give them a whiff of the same odor, and measure how much fear they show. Although the second generation has never smelled the chemical before, they behave as if they themselves had had the unpleasant experiences with it that their parents had before they were even conceived.

Could it be that they parents are somehow teaching their children that the odor is bad as they are growing up? To test this idea, the authors used two methods. First, they tested mice that were raised by foster parents who had no experiences with the odor. Still, the children responded to the odor with fear.  Second, they tested mice in the third generation. Neither they nor their parents had any experience with the odor that their grandparents had such bad associations with.  But the third generation mice still reacted to the odor fearfully.

So what is going on here? It turns out that not only the genome, but the regulation of the genome, is heritable between generations. This is referred to by biologists as epigenetics. The DNA itself is tagged as an organism lives. Some genes get big flashing arrows that declare “Hey!! This is really important!” whereas others that never really mattered are greyed out. And these annotations are passed along to offspring, right along with the A’s and T’s and G’s and C’s.

Is there evidence that such a thing could be happening in humans? Yes, actually, there are many anecdotal observations that support this idea. For instance, the grandchildren of people who experienced the Dutch famine of 1944 during the German occupation of the Netherlands are smaller than average.

So if you haven’t had kids yet, but are planning to in the future, there are now even more reasons to be careful how you live. Your grandchildren may be feeling it in the future.